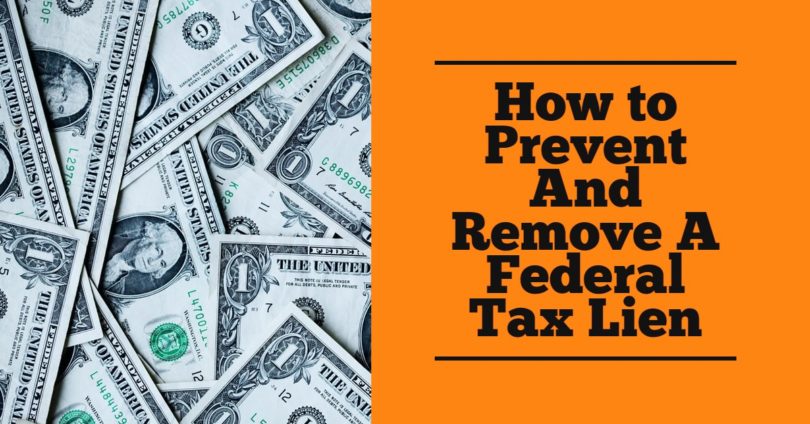 The Internal Revenue Service routinely files federal liens against taxpayers who have unpaid tax obligations. A federal tax lien is a document that goes on record with a county government, usually where the taxpayer lives or conducts business, notifying the general public that the taxpayer has an unpaid federal tax debt. Liens attach to the taxpayer’s real property or personal property.

What Does a Lien Do?

When property is sold while a lien is in effect against it, the IRS is paid out of the sales proceeds before the taxpayer receives any money. The lien becomes a matter of public record when it’s filed. Liens record the full amount owed to the IRS.

IMPORTANT: Some people use the words “lien” and “levy” interchangeably, but liens are different from levies. A tax lien is a document filed by the IRS to protect the government’s ability to collect money, while a levy is the forced collection of tax, usually by confiscating money directly out of a bank account or paycheck.

Notifying Taxpayers That a Lien Has Been Filed

The IRS generally notifies taxpayers after a federal tax lien has already been filed. The IRS will send taxpayers a Notice of Federal Tax Lien. Federal liens are effective 10 days after the IRS issues a written demand for payment of outstanding taxes.

If a taxpayer owes more than $25,000, a lien can be prevented if the taxpayer pays down the balance so it’s $25,000 or less and he can establish a streamlined installment agreement.

There are two basic ways to remove a federal tax lien: withdrawal and release.

Withdrawing a federal tax lien means the IRS will rescind the lien as if it was never filed in the first place. Lien withdrawals generally occur when the tax lien was filed in error, such as against the wrong taxpayer.

Contact the IRS right away if a lien was filed against you in error. An IRS agent will review your account history to verify that you don’t owe the outstanding tax and will prepare the paperwork necessary to withdraw it.

TIP: The IRS has instituted a Fresh Start Program under which taxpayers might be eligible for lien withdrawal provided certain criteria are met.

Releasing a federal lien means that the lien no longer encumbers your property. County records will be updated to reflect that the lien has been released. Liens are released within 30 days of full payment of the outstanding tax obligation, or upon setting up a guaranteed or streamlined installment agreement.

Less frequently, the IRS might release a federal tax lien if it will speed up the collection of tax or if it’s in the best interests of the taxpayer and the government. But most federal tax liens are automatically released by the IRS after full payment of the tax owed.

Tactics for Dealing with Liens

Your options are much more limited after the IRS has filed a tax lien.

How a Federal Tax Lien Impacts Your Credit

When a lien is filed and entered into public record, the information is routinely picked up by the various credit reporting bureaus. So federal tax liens will appear on your credit report and adversely affect your credit.

Even when and if the lien is released, the fact that it was once there will remain on your credit report for up to 10 years.

Liens Are Not Updated on Your Credit Report

Unlike other credit and loan accounts, the IRS will not periodically update the balance on your federal tax lien. You can contact the IRS to obtain a letter showing the current payoff amount, but that updated payoff amount will be sent only to the taxpayer.

If the lien is released, the IRS should provide you with a copy of the release, which you can then forward to the credit reporting bureaus to update your credit reports.