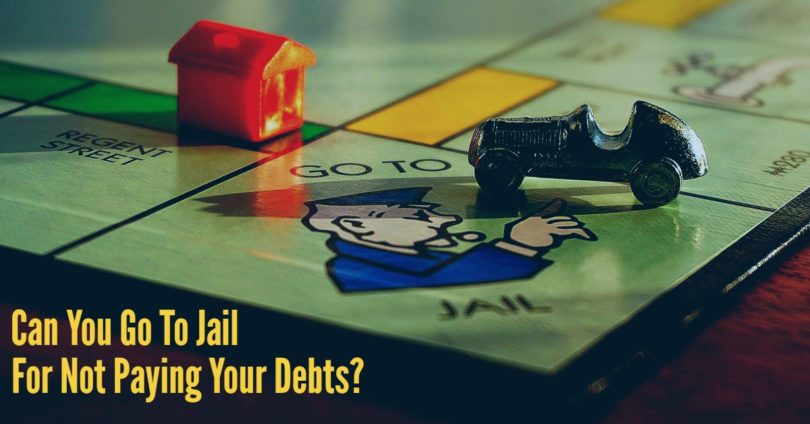 Collection agents often use the threat of jail when trying to collect from debtors who owe them.

This often sends the debtor running to a bankruptcy attorney to help.

Which may in fact be the best resolution for many.

But there are a growing number of incidents across the United States of debtors being thrown in jail related to non-payment of a debt.

A recent article by Walter V. Robinson which appeared in The Boston Globe shows a particularly disturbing ruling by a judge in Boston who put a man in jail because he wouldn’t repay a $500 debt he was ordered to repay.

Before discussing how that can happen (and no, it’s NOT that common–yet), let’s review some history.

That’s right. Thanks to federally enacted law, one supposedly can no longer be sent to prison for failure to pay their debts.

When did this become effective?

Yes, I said 1833.  Andrew Jackson was president of the United States.

The village of Chicago was founded that year.

But are we now moving back in time towards pre-1833 law?

Prior to 1833 debtors put in jail due to their debts were allowed out of prison if they gave up all of their assets.


One can file a Chapter 7 or 13 bankruptcy case and get rid of most debts (i.e. discharge the debts) in return for giving up any NON-exempt assets they have (in Chapter 7) or paying out the equivalent value of said assets over time (in a Chapter 13 proceeding).

Every state has exemptions which protect the value in various assets, so one is always allowed to retain some (and frequently ALL) of their assets when filing for bankruptcy relief.

But Some Judges Are Sending Debtors to Prison

Typically what happens is that after a creditor has sued a debtor and won (i.e. gotten a judgment, either by default or after trial), they will then be subpoenaed to appear before the court to show their ability to pay.

This consists of disclosing all assets, income, expenses, and other factors relevant to making such a decision.

Unless a bankruptcy case has been filed prior, a failure to appear at this “Judgement Debtor Examination” can result in the court issuing an arrest warrant.

Similarly, if the examination shows that you DO have the ability to pay the debt (after factoring in all available exemptions and expenses), and you still don’t pay, a Judge could order you to prison for failing to pay, although it is rare.

So the motto here is:  Don’t ignore your mail.  If you get served with something that requires you to appear in court, then appear.  There are always ways to deal with your debts, including bankruptcy.

The Disturbing Trend:  The Judge in the Boston case referenced above never made an inquiry into the debtor’s ability to pay the debt and threw him in jail anyway.  This is, arguably, completely improper and an abuse of discretion.   But do you want to sit in jail while you wait for Constitutional challenges to be made?  Of course not.

If you owe a debt, do not ignore it.

If you have the ability to pay it, try to find a way to do so–either on your own, or through a bankruptcy repayment plan, such as in a Chapter 13.  If you can’t, then

Open your mail.  If you are ordered into court, go.  Try to get the advice of an attorney first.

Always consult with a bankruptcy attorney to see what your options might be.  The positives more often than not outweigh the negatives.

Tony Thompson is a partner in the law firm of Thompson Law in Los Angeles, California. He has more than 20 years of legal experience in bankruptcy and tax resolution.

Tony Thompson is a partner in the law firm of Thompson Law in Los Angeles, California. He has more than 20 years of legal experience in bankruptcy and tax resolution.